For 137 years, construction has continued at Barcelona’s world-famous Sagrada Familia –and now it turns out that it has been done so illegally the entire time.
That changed on June 7, 2019, when the Roman Catholic Church at last received the building permit for work on one of the city’s leading tourist attractions.

It turns out that the building’s designer, Catalan modernist Antoni Gaudí, had asked for a permit in 1882 from the city council of Sant Martí de Provençals,
which is one of Barcelona’s neighborhoods, but he never received an answer.
His request was accompanied by a blueprint of the ground plans that he signed himself. He started work anyway, and never stopped. 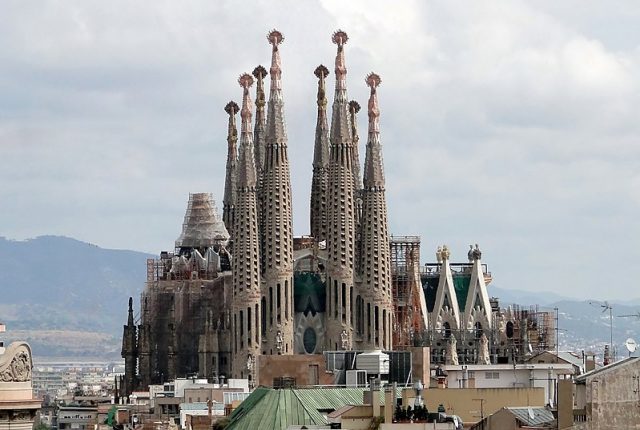 The permit, granted on June 7, 2019, officially allows construction to continue, with a projected completion date of 2026, according to NPR.
It is not only a prestigious but a beloved building. On twitter,  La Sagrada Familia said, “#SagradaFamilia is not like other churches.
From the towers, in the heart of #Barcelona, it seems to want to unite all the men and women living in the city.” 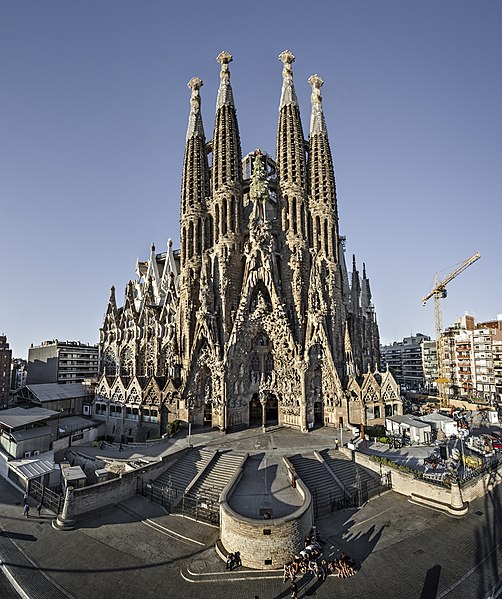 Also of note is that June 10, 2019, is the 93rd anniversary of Antoni Gaudi’s death at the age of 73.
“It was a historical anomaly that La Sagrada Familia did not have a license,” said Janet Sanz, Barcelona’s deputy mayor for ecology, urbanism and mobility, in an interview. 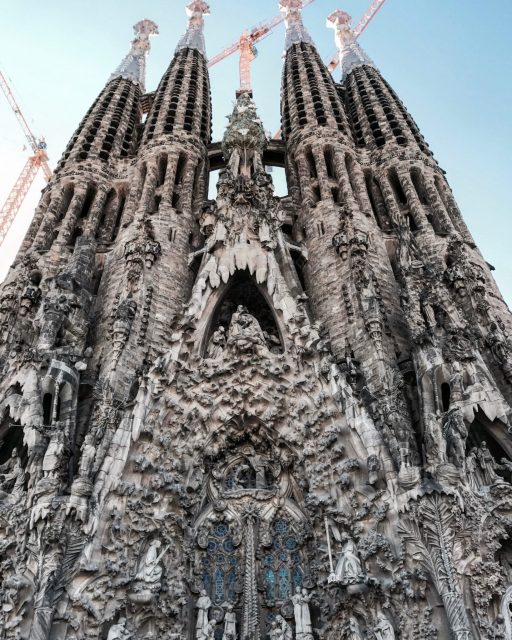 Despite so many decades of work, the Sagrada Familia is unfinished. Now that the building permits are in order, the consortium managing the construction of the UNESCO
World Heritage Site says they can get to work on the second phase of construction, which will include finishing the narthex on the cathedral’s “Glory” facade.
Coming work will also include bringing improvements to the areas surrounding the structure. 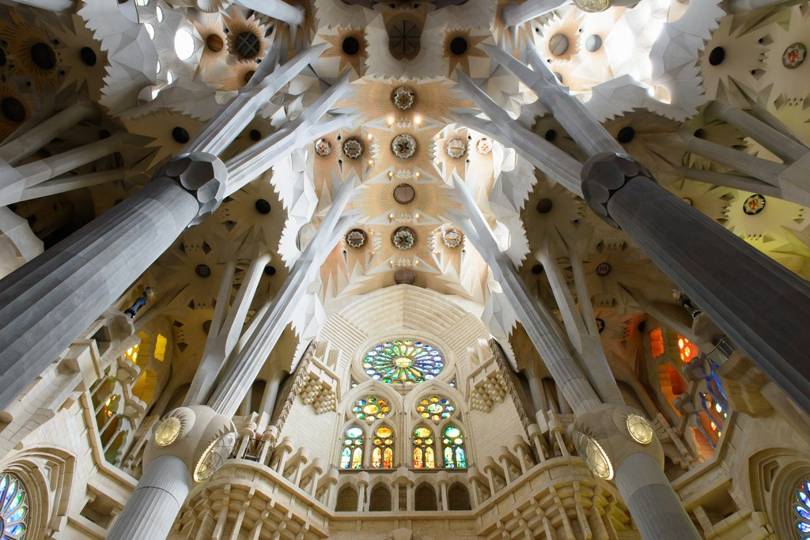 Gaudí, whose brilliant works are found across the Spanish coastal city, dedicated himself to building the Sagrada Familia until he was killed by a tram in 1926.
When he died, only about 25 percent of the total design, including the crypt, the apse walls, and a tower, was complete. 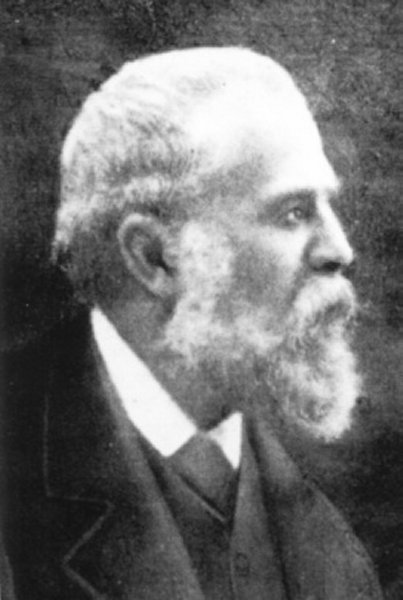 He had reportedly said at an earlier time, “There is no reason to regret that I cannot finish the church. I will grow old but others will come after me.
What must always be conserved is the spirit of the work, but its life has to depend on the generations it is handed down to and with whom it lives and is incarnated.” 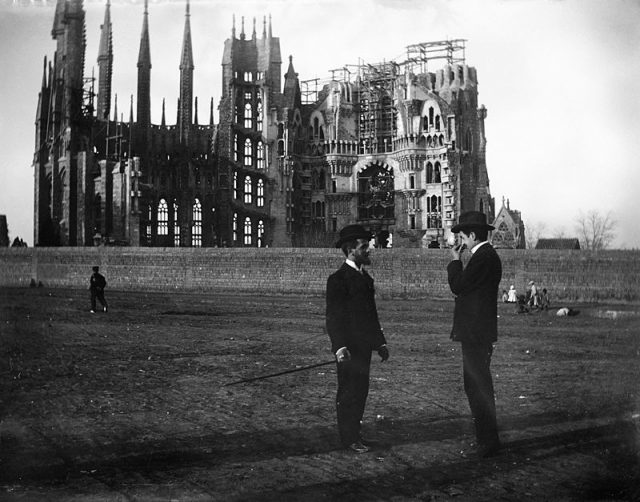 Sagrada Familia under construction in 1905

Since then a series of architects have indeed tried to finish the church according to Gaudí’s original  design. There have been a number of setbacks, however.
After the Spanish Civil War broke out, the Sagrada Familia was vandalized in 1936. The sacristy was destroyed in a fire in 2011. 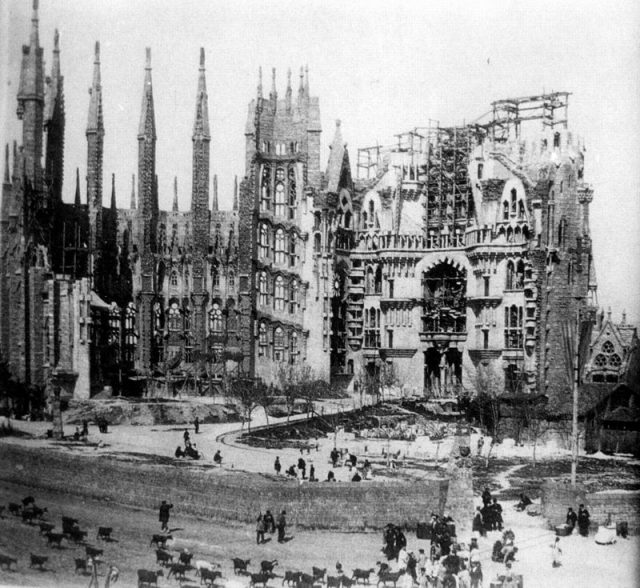 Sagrada Familia under construction in 1915

Antoni Gaudí was born in 1852 in the Catalan town of Reus, the son of a craftsman. In Barcelona, he studied architecture.
He concluded his studies in 1878, a time when Catalonia experienced cultural and political rebirth.
When Gaudi graduated, the director of the school Elies Rogent reportedly declared: “Gentlemen, we are here today either in the presence of a genius or a madman!”

Tags:
Previous Article
30 artworks to see before you die, from Mona Lisa to The Great Wave
Next Article
This Architect is the Architect Who Transforms Cities with Designs Inspired by Nature 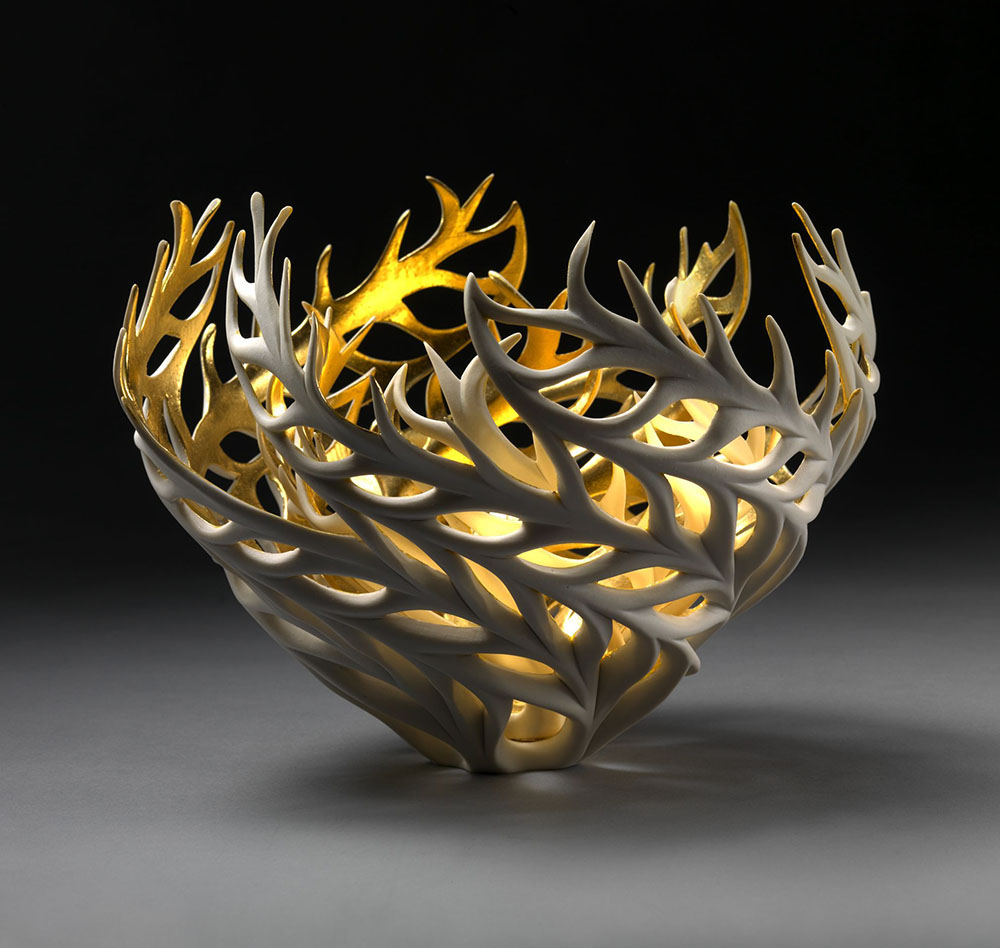 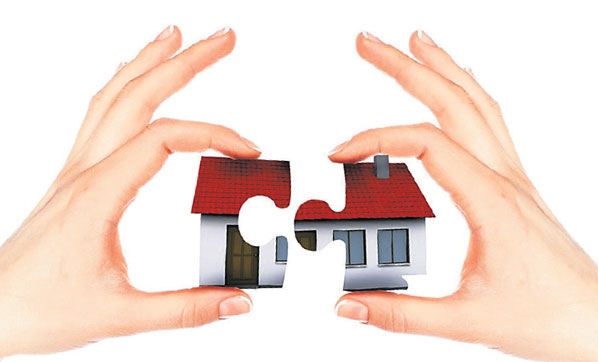